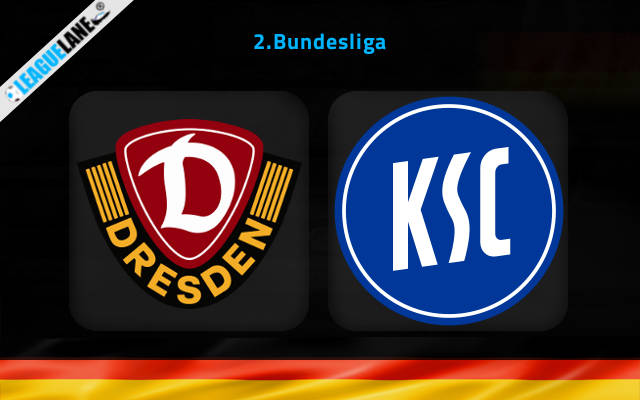 Dynamo Dresden was promoted to the 2. Bundesliga after they were crowned champions of 3. Liga in the preceding season. Their quest to stay up in the second flight of German football is on track as they just about sit outside the zone.

The club is set to welcome Karlsruhe to the Rudolf-Harbig-Stadion this Sunday as they compete in a league match. Read our Preview, Predictions, and Betting Tips with Analysis here.

Dynamo registered a draw in the opening game of the league campaign. Since then the team has either won or lost. They have managed more of the latter than the former. This has put them 14th in the league table, 2 points clear of relegation.

Karlsruhe’s season in the league has been a mixed bag. Having got the better of teams lower in the table they are struggling against better oppositions. With 21 points they are 9th in the league and will go into the match off the back of a convincing win against Hannover.

The away side has just 1 loss in their last 6 games on the road. Having managed a win against Leverkusen in the DFB Pokal, they should win against a side that has lost 6 of their last 7 home games. With the visitors’ tendency to draw games, I have backed a draw no bet option.

The hosts have struggled to score this season. More so at the start of games. With the away side scoring exactly a goal in their last 5 games away from home, I have backed a 0-1 score line at the end of the first half.