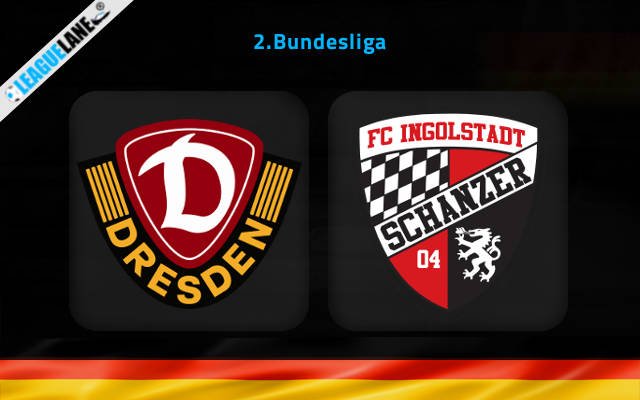 Dynamo Dresden and Ingolstadt will move their third-tier rivalry to 2. Bundesliga as they are set to lock horns right at the start of their second-class campaigns.

Dynamo Dresden promptly returned to the second tier of the German football. They did so by winning 3. Liga last season with a four point advantage ahead of Hansa Rostock and Ingolstadt.

Based on what we’ve seen in the off-season, they are ready to make a strong impact at this level of the competition.

The head coach Alexander Schmidt can be satisfied with the fact that the club kept hold of most of their starting XI ahead of the new campaign.

Moreover, Darmstadt bolstered their back line (very important ahead of the new season in the second tier) by signing Michael Sollbauer from Barnsley.

They also brought in striker Brandon Borello from Freiburg and it will be very interesting to track their success in the higher class.

Ingolstadt managed to return to 2. Bundesliga for the first time since 2018/19 season.

They were eliminated in the playoffs for two years running, but finally made it count last season, going past Werder Bremen 4-3 on aggregate (thanks to a 3-0 victory on the home patch).

Dynamo Dresden have been very tough to break down on the home patch last season. They conceded 14 goals in 19 home outings, losing just two matches in the process. Since the home court advantage is indeed a factor for both of these clubs, the home win seems to be a fantastic betting option at the odds of 2.40.

We will alternatively back Dynamo Dresden to keep a clean sheet at the sky-high odds of 3.50 knowing that the visiting teams did not score a goal in the last four H2H clashes between these two sides.