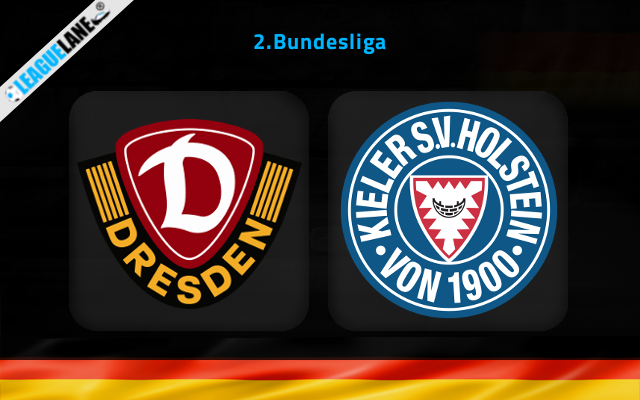 Dynamo Dresden have been following a disappointing form since the beginning of this season. Their displeasing recordings this season resulted in their positioning on the table. They are currently at the 16th position, inside the relegation zone.

Dresden recorded a 2-1 defeat on road against Sandhausen in their most recent league fixture. With that defeat, they are now following a streak of two losing fixtures in the league. In fact, they are winless since 12 league games.

Meanwhile, Holstein Kiel are having an inconsistent form so far this campaign. They have collected six points from the past five league fixtures to add up to a total of 37 points on the table for occupying the 11th spot. We can also see them possessing a disappointing offensive and defensive line-up.

Dresden have an inconsistent form at home of late. They have drew and lost three apiece of their past six league affairs at home. Such a winless form at home is not that impressive.

Analyzing the above stats, we expect a win for Holstein Kiel as they possess a better form when compared with Dresden.