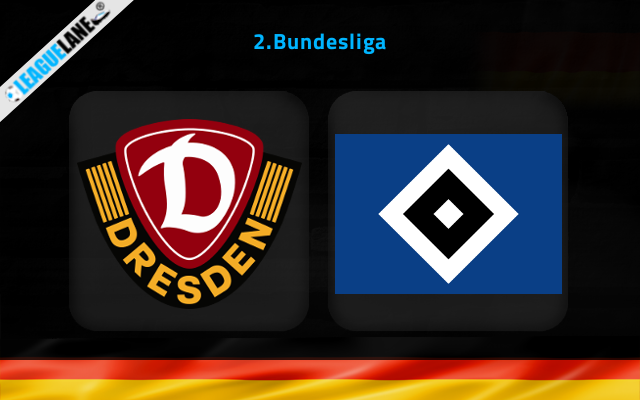 Dresden are five points clear to the relegation spot. They have been trying to find the momentum and have won three games in their recent five league outings.

However they follows a 3-0 loss against Ingolstadt and will be hoping to get back their winning streak when they hosts Hamburger in the opening game of Matchday 19 of 2. Bundesliga on Friday at Rudolf-Harbig-Staion.

Hamburger will go into this round clash on a high, aiming to continue their decent form in the competition when they meet Dresden. They follows a 1-1 draw against Schalke. They have won three games in their recent five league outings.

Hamburger Sv have been producing a decent spell of form. They have only lost one out of their recent 8 league affairs. They have scored 15 goals over the course of those games and have shipped 6.

On road, they have won three, drew three and lost two claiming 12 points out of their total 30 points in the 2. Bundesliga table. Despite their mixed form on travels, they have a better chance to snatch three points from this fixture.

While the hosts have won only four games at their home ground. They are yet to concede a defeat in their home affairs which is quite impressive but not enough to come to a conclusion in favor of the hosts.

Dresden have won three games out of their total head to head clashes against Hamburger. But considering the recent forms of both, Dresden will be most likely equaling their winning record with the rivals who have won two head to head encounters in total.

We expect goals from both the ends with Hamburger scoring more than the Dynamos when referee blows the final whistle.