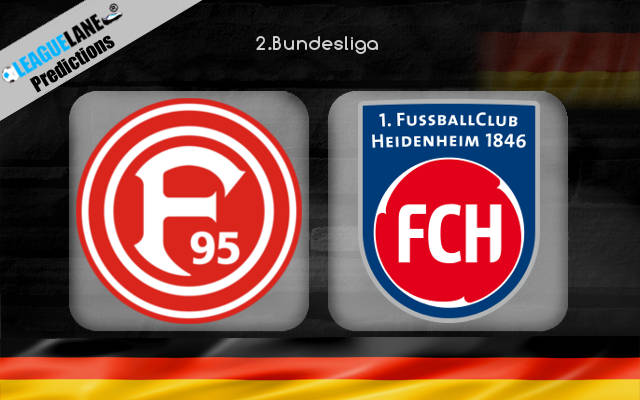 Dusseldorf has had three losses already within the five appearances in the league. They have picked up 4 points from a win and a draw in their schedule. They will host after a 3-0 loss on the road against Hannover last time out in the league.

Heidenheim is on a winless run in the campaign for the past four games. The visitor has picked up 5 points from a win and two draws in their schedule. They will visit on the back of a 1-1 draw at home with Osnabruck in the previous encounter.

Dusseldorf is weighed down with their winless streak as of late in the campaign. However, they have lost only one of their recent eight home matches in the schedule.

In addition to that, Heidenheim has been winless for the past ten outings in their form. The visitor has lost their last three away games in a row but has at least scored in the recent two fixtures on the road.

Based on their form, both teams have equal chances to slot in at least a goal in ninety minutes. Keeping this in mind, the BTTS will probably come in handy for the punters in the encounter. Besides, their last two h2h meetings have also seen both teams score in the game.

The host has lost only one of their four clashes at home against Heidenheim in their h2h history. However, their last two h2h clashes at home ended in a draw. Hence, the draw no bet over Fortuna Dusseldorf will probably be the best bet for the punters to yield decent returns.