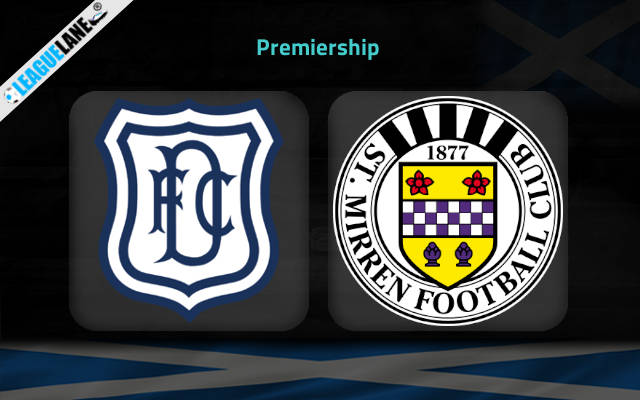 Dundee are the absolute worst team in the Scottish Premiership, and as expected, they are placed bottom-most in the table. They have conceded the most number of goals in the competition, and they have been a total mess at home lately.

Meanwhile, St. Mirren too have a similar story to share. They too have been conceding in plenty right from the start of the season, and they have seldom won on the road as well.

It goes without saying that either of these squads are desperate to deliver a win, and it’s obvious that these two will target each other.

As the two leaky defenses take on each other, anticipate goals in plenty at the Dens Park.

Dundee are on a four-game winless run, and they had remained so in 13 of their past 16 fixtures. In the process they had also gone on a six-game losing streak.

On the other hand, St. Mirren are on a three-match losing run, and they have a total of just two league wins on the road in the past five-month period.

Going on, goals have also come in huge numbers whenever these two have locked horns.

By the looks of things, expect a high-scoring affair this Wednesday.

Tips for Dundee vs St. Mirren