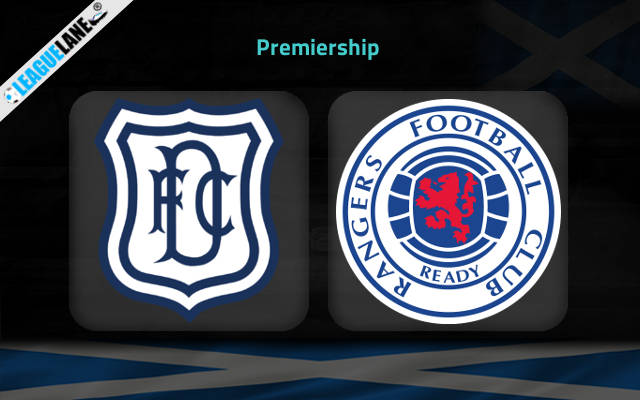 In game week 31 of Premiership, Dundee FC faces Rangers for their next match on Sunday at Dundee.

Dundee and Rangers played against each other in their last match in FA Cup. Rangers scored three goals in the match while Dundee could score none. The match ended in a loss for Dundee FC with 3-0 FT score.

In Premiership matches, Rangers have shown some strong form. The team is unbeaten in their last six matches and has kept clean sheets in the last two matches. Their strong performance has placed the team in the 2nd position with 70 points from their matches.

Rangers have played exceptionally well in their matches throughout the season and have lost in only two of the matches so far. Rangers have already shown their inferiority in the last match against Dundee, in which they scored three goals. Dundee will hope for a win after their loss against Rangers last Sunday.