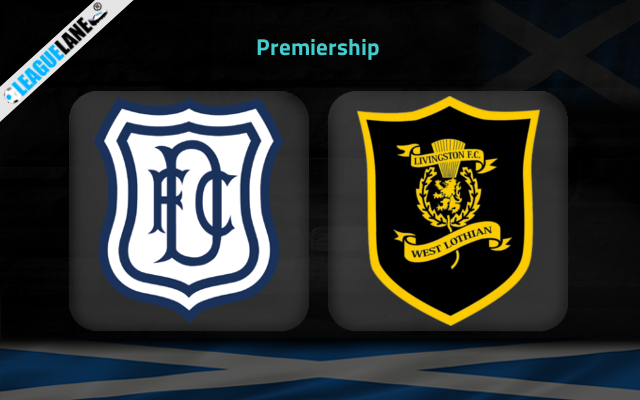 Dundee are not pulling up any trees of late. They sits at the rock bottom of the table. They have collected four points from the past 5 league fixture to add up to a total of 21 points on the table.

They were really unlucky in their past game as they were almost there recording a score draw against the table toppers Celtic away from home until Giakoumakis scored a late minute goal to seal a win. However, they will be entering their coming fixture on the back of such a strong result.

Meanwhile, Livingston are unbeaten in each of their past three league fixtures. They are bettering themselves by recording unbeaten displays in the league lately. Their most recent league fixture was at home against St. Mirren. The game ended in a 1-1 score draw.

They sits 9th on the table with 31 points. They have managed to collect 8 points from their past five games. They doesn’t possess a pleasant offensive and defensive lineup.

By the looks of things, we expect a tight encounter between these two outfits. Considering both their recent league recordings, we expect them to end up in a draw when they meet at Dens Park this Sunday.

Both these outfits looks capable enough to evade a defeat. Dundee are unbeaten in three of their past 5 league fixtures at home while Livingston also posses the same stats in their recent five on road league fixtures.

Analyzing the above stats, we think that both these Premiership outfits might end up canceling each other in this fixture. Therefore, we are backing the draw option.