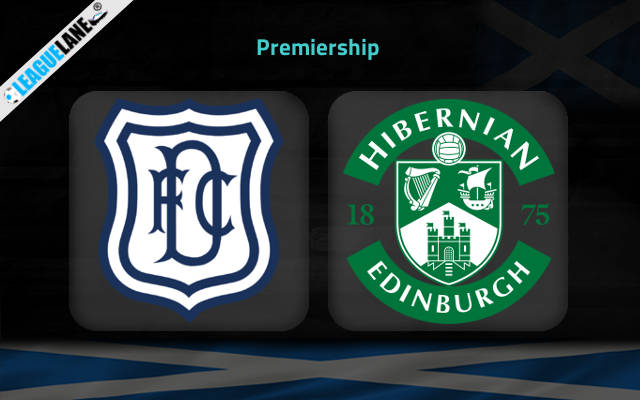 Dundee are the absolute worst team in the whole of Premiership, and understandably are placed bottom-most in the table. They have conceded the most number of goals in the competition, and are the prime contender to get relegated at the end of the campaign.

Meanwhile, Hibernian are placed fourth in the table, and are going after a ticket to the Championship Group – once the regular season ends.

They are finding the back of the net consistently, and importantly, they have a superb h2h record against this rival over the years.

For the reasons, expect a win for Hibernian this Wednesday at the Dens Park.

Dundee lost 0-4 at home the last match-day, against Livingston. They are on a two-fixture losing streak, and they had also remained winless in 11 of their past 14 games. In addition, they had also gone through a six-match losing run during this stretch.

On the other hand, Hibernian had won two of their previous three overall fixtures, and they had scored a total of five goals in the process. Going on, they have also lost just seven times on the road in the past nine-month period.

Considering these observations, and past h2h stats, expect a win for Hibernian this Wednesday.

Tips for Dundee vs Hibernian