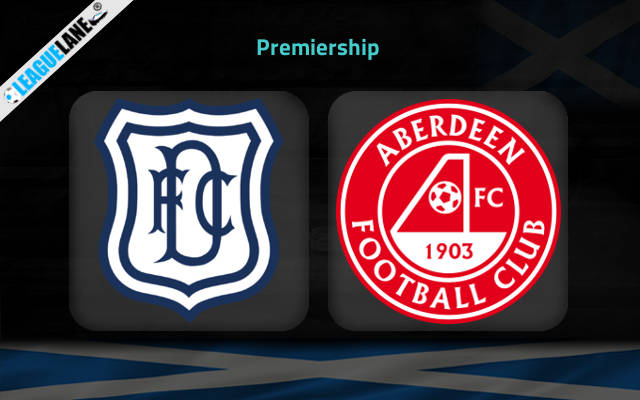 Dundee are the worst team in the Scottish top flight this season, and are deservedly placed bottom-most in the table. They have struggled with their defense all through the campaign, and have managed to post a total of just five wins in the process.

Meanwhile, Aberdeen too have had their fair share of troubles, but they have been comparatively far better. In fact, they have a surplus of 12 points, and they are also determined to climb into the Championship Group. Note that they need only an additional two points to do that.

By the looks of things, anticipate a win for the latter this weekend.

On the other hand, Aberdeen recorded a 3-1 win at home the past game week, against Hibernian. And they were also unbeaten in four of their last six fixtures.

Going on, they also have the better h2h record over the years.

For the reasons, expect a win for them this weekend.

And considering the defensive weakness and the desperation of both teams, anticipate a goal-fest too.

Tips for Dundee vs Aberdeen