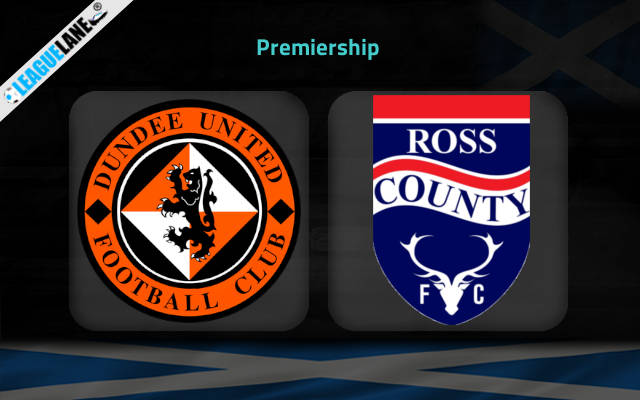 Dundee United vs Ross County Predictions and Free Tips from our expert tipsters when the teams go head-to-head in Premiership on Wednesday, 28 December 2022.

Three consecutive defeats pushed Ross County down to the eleventh position on the table. They have now lost the most number of matches in the league. Now, they will be playing their last league game of the year.

Dundee United have seen a slight improvement in their form in the last three matches. They managed to hold Hearts in a 2-2 draw recently.

Dundee have dominated this fixture in recent times. They are unbeaten in the last five head-to-head matches.

Both teams already met three times this year. The most recent encounter ended in a 1-1 draw.

At this ground, the host have won four of the last five matches against Ross County.

Who will win the match between Dundee United vs Ross County?

The host will most likely take all three points from this game. They are on a two-game winning streak against this team at this ground. Not to mention that they remain unbeaten in this year’s fixture.

The host have scored more than one goal in their last two wins against this team.

The host remains unbeaten in the last five head-to-head meetings. Also, they recently won a point against Hearts at home. We can back Dundee United to win this game by 2-1 – at 9.00 odd. They have won this fixture twice by scoring two goals.