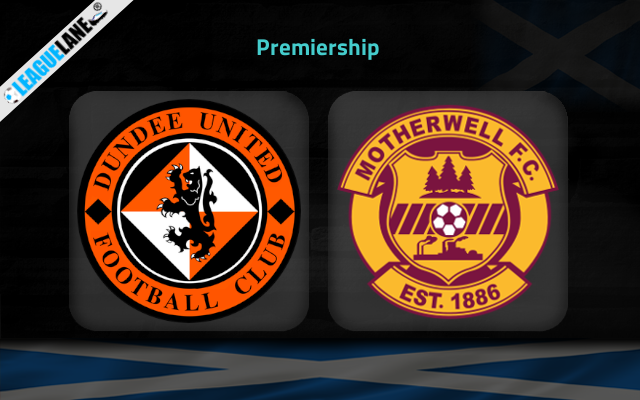 Dundee United have been following an average form since the beginning of this season. They are currently at the 4th spot with a total of 41 points. Their form has been bit worrying of late. Also, they possess an average offensive and a disappointing defensive line-up.

Dundee United recorded a 2-3 defeat at home in their most recent league fixture against Hearts. With that draw, they are currently having a streak of three winless games. They will be hoping to end their winless run by utilizing the home advantage in the upcoming fixture.

Meanwhile, Motherwell are also having an average form this season. They are at the 6th spot of the table with a total of 40 points, just above the relegation group. Their poor defense adds more to their slump.

Motherwell recorded a 1-3 defeat at home against Rangers in their most recent league fixture. It was their seventh winless game in the past 8 league fixtures.

The unbeaten recording of 4 out of the past 6 league fixtures at home, Dundee United might be having some spirits. They have scored two or more goals in five of those six home fixtures too.

On the other side, Motherwell are winless on road since many games. When looking at the past 10 league fixtures on road, Motherwell lost 6. They leaked two or more goals in 7 of the past 10.

On top of that, Dundee United are having an unbeaten streak against Motherwell at this venue. Analyzing all the above stats, we back Dundee United to seal a win when they both meet each other in a Premiership fixture.