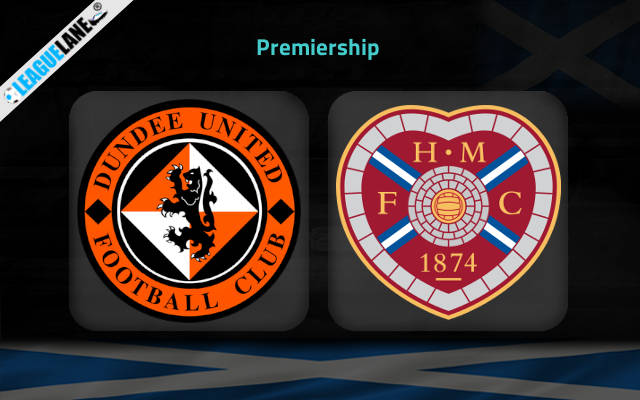 Dundee United vs Hearts Predictions and Free Tips from our expert tipsters when the teams go head-to-head in Premiership on Saturday, 24 December 2022.

Hearts are in good form as they are on a two-game unbeaten streak. They won their first game of the month when they defeated Kilmarnock. Lawrence Shankland scored a brace in that important 3-1 victory.

Dundee United are at the bottom of the table. They have lost more than 60% of their games this season. They have not played a single game in the month of December and are lacking proper game time.

Both teams already met three times this year. The visitors are unbeaten on all three occasions.

The last time the host won this fixture was over six years ago. At this ground, the visitors have a good unbeaten record as they are unbeaten since 2021.

Who will win the match between Dundee United and Hearts?

The visitors will most likely take all three points from this game. They are on a two-game winning streak against this team. Looking at the league, the host have lost four of their last five outings as well.

The visiting team have scored at least two goals in their last three meetings at this ground. The host have also scored a couple of goals earlier in this fixture.

Despite being at the bottom of the table, the host are in decent goal-scoring form. Both teams have scored in the last two consecutive meetings at Tannadice Park. We can expect the same pattern to follow up this time as well.

The visiting team are unbeaten in four of their last five league outings. Also, they are on a two-game winning streak against this team this year. We can back Hearts to win this game– at 2.25 odd.