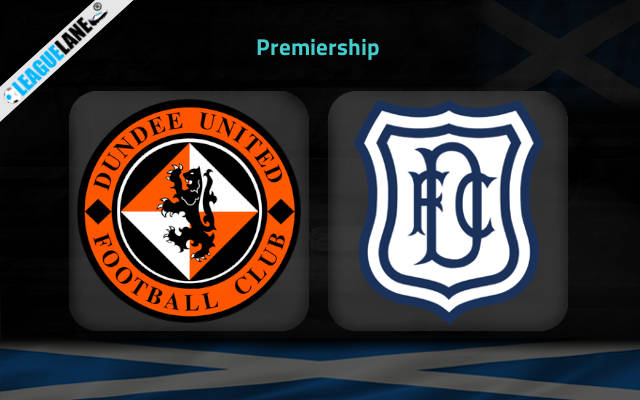 Dundee FC are the absolute worst team in the competition, and are placed bottom-most in the table. It goes without saying that they are the prime contender to get relegated at the end of the campaign.

They are on a long winless run, and are conceding goals in huge numbers, and most importantly, they have been a worrying mess on the road all through the campaign.

Meanwhile, their namesake, Dundee United are placed fourth in the table, and have been one of the best in the Premiership.

In fact, they have been the best in the league after the three titans – Celtic, Rangers, and Hearts. Going on, they also have a superb h2h record against this rival over the years.

Judging these observations, expect a win for United this weekend at the Tannadice Park.

United were unbeaten in eight of their last ten overall fixtures, and they had also remained so in four of their past five appearances at home.

On the other hand, their counterparts are on an eight-game winless run, and five of these were losses. They have also won just four times on the road since July, and two of these wins had come against teams from lower divisions.

Considering these observations, expect a win for United this weekend.