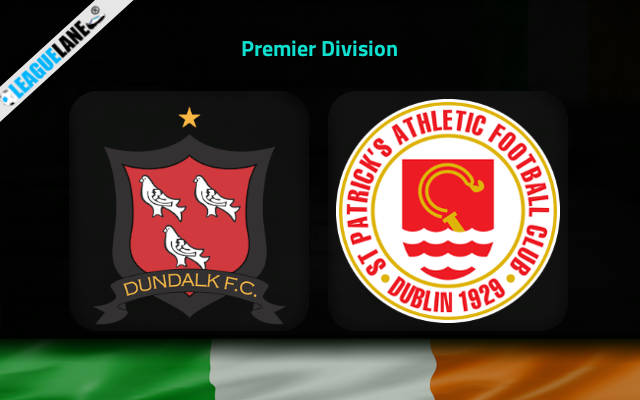 Following a two-game winless streak, Dundalk made amends by defeating Drogheda most recently. They will host rivals St. Patrick’s Athletic at Oriel Park this Friday for Matchday 32.

The host defeated Drogheda last time by 2-0. Runar Hauge scored a penalty in the first half of the game. This was followed by an own-goal in the 45th minute by Dane Massey of Drogheda.

This victory was very important for Stephen O’Donnell as they were winless in their last two matches. Moreover, they are now above the current visitors on the table ranking.

On the other hand, the visitors have lost their winning momentum. They are now on a two-game winless streak. In their most recent outing, they had to settle for a draw against Shelbourne.

In that game, Eoin Doyle scored a brace in the second half of the game. Moreover, Jamie Lennon received a red card in the final minute of the game. He will now miss this upcoming fixture.

Moreover, the recent form is showing that Stephen O’Donnell’s side have lost two of their last five league outing.

Even if Tim Clancy’s side manage to win this fixture, there will be no change in terms of the table ranking.

It is worth knowing that the host have kept a clean sheet in three of their last four matches. Moreover, they managed to score seven goals in those four matches.

Meanwhile, the visitors are having an unusual form this late season. The team received a red card in their last three consecutive league outings.

Therefore, our prediction is that Dundalk will win this game – at 2.10 odd. This is after considering that the host are unbeaten in the last three meetings.

Also, our next tip for this game is that Second half will have the most goals – at 2.05 odd. In the last three matches between both sides, a total of seven goals have been scored out of which four goals were scored in the second half of the game.