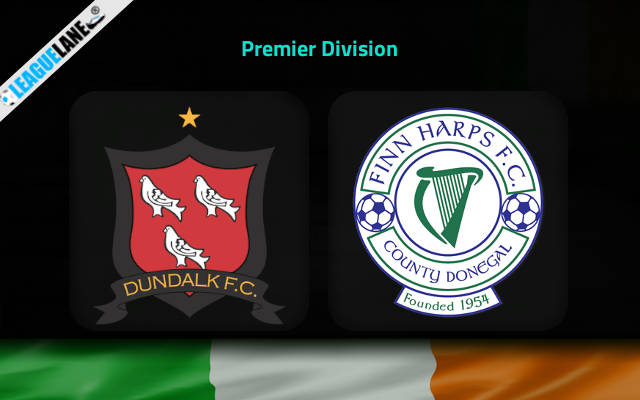 Round 25 of Irish Premier Division is set for this weekend as Dundalk play host to the relegation fighting Finn Harps, where both these sides differ by a massive 30 points. These two teams will be seen battling it out at Oriel Park, this Friday.

Dundalk is at the 3rd spot on the standing with 42 points from 23 games. They won 11 times in the league while drew on 9 and lost on thrice other occasions. Residing within the zone for Europa Conference League promotion, they are neck to neck with the second placed Derry City.

The hosts were frustrated during their most recent outing against St Patrick’s Athletic when they were held to a 1-1 tie. A common feature of more recent Dundalk games is seeing a zero in the scoreline. Taking their previous 6 clashes before this one, that incident happened in five of them.

On the other side, Finn Harps resides second from the bottom position on the table with just 12 points. Of the 23 matches played, they won only 2 games while having drawn 6 times and lost on 15 other occasions. Their struggles at the defensive end of the pitch has also been another key factor as they have conceded 42 goals so far.

The visitors lost their last game by 1-2 against Derry City, the previous week. They have been scored against in 6 of their last 6 matches, conceding 13 goals in total.

Dundalk is on an incredible home form. They have won the last 9 games in a row at home and have also has kept 3 clean sheets in those. The home side has never lost a game at Oriel Park this season and will be hoping to extend it.

Meanwhile, Finn Harps haven’t won against this rival in away games against them for the last 2 matches in the league. They are also without an away win for the past 7 league games as well.

Knowing that, we expect Dundalk to seal a win this Friday.