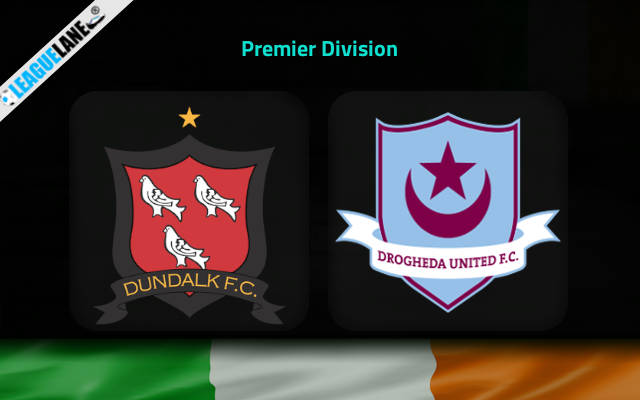 A lot is at stake for Dundalk as they will host Drogheda this week at Oriel Park. The host have a decent opportunity ahead of them to reach the second position as the season is approaching its end.

Following a 3-0 victory over Slingo Rovers. Stephen O’Donnell’s side lost their winning momentum. In their most recent outing, they lost to UCD by a 3-2 margin.

Moreover, they have lost five points in their last two matches. As a result, they could not overtake Derry City who occupies the second position on the table ranking.

On the other hand, the visitors are winless in their last three matches. Also, they have won only 23% of their fixtures in the Premier Division this campaign.

In their most recent league outing, they lost to St. Patrick’s Athletic by 2-0. In that game, Anthony Breslin received a red card within the opening twenty-five minutes of the game. However, Kevin Doherty‘s team could not take advantage of that.

It is worth noting that Kevin Doherty ‘s team are on a two-game losing streak. They have not scored a single goal in those two games.

This month they have not won a single match in the Premier Division. The recent form shows that they have lost three of the last five matches.

Our prediction is that the Dundalk will win by 2-1 – at 8.50 odd. This is after considering that in the head-to-head meetings the host won the most recent game by a 4-1 margin. Also, they scored at least two goals in three of the last four encounters against Drogheda.

Moreover, our next tip for this game is that Both Teams to Score – at 2.05 odd. This is after looking at the previous results at Oriel Park. As both these teams have scored in the last four consecutive head-to-head matches.