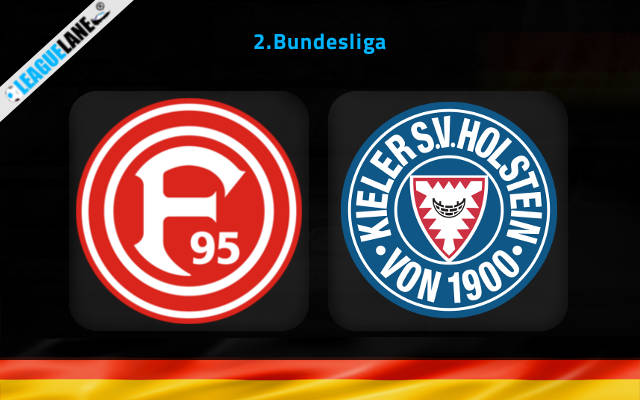 Fortuna Dusseldorf disappoints again and continues to worry about their start to the new edition in the German 2. Bundesliga. But luck is on their side on Friday when they host Holstein Kiel at Merkur Spiel-Arena, with the latter at the ultimate bottom of the table as it stands.

Dusseldorf tried hard to hold on to the opening win in the campaign this term. But the consecutive two defeats in the schedule will certainly affect their morale, following a 2-0 loss on the road to the likes of Nurnberg last time out.

Meanwhile, Holstein Kiel has lost all three 2. Bundesliga fixtures so far this season. The visitor has failed to score a goal in their three appearances while conceding nine goals until now. They will visit on the back of a 0-3 loss at home against Regensburg in the previous encounter.

Since the visitor has conceded three goals each in their last three games, expect the match to end as a high-scoring affair in ninety minutes.

As mentioned earlier, Kiel is in poor form in the campaign this term until now and has conceded at least three goals in each of their last three attempts.

Fortuna enjoys the ground advantage in the game and has a slightly better run this term. The host has won none of their recent four h2h clashes with the guest.

So, expect the Fortunen to come in with all guns blazing to change that trend.