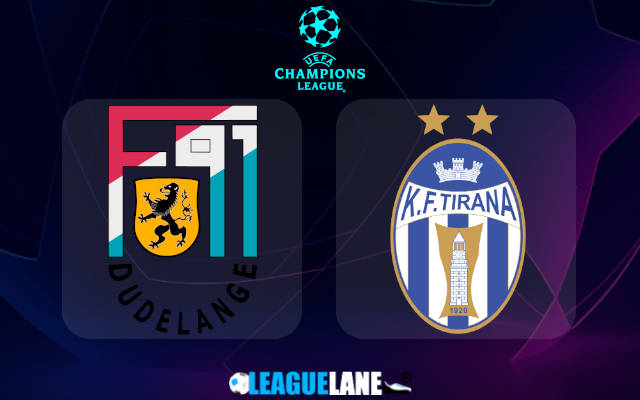 Both these teams have been finding the back of the net consistently and have built quite some momentum in anticipation of this upcoming fixture. It also deserves to be mentioned that these 2 have been the respective champions of their domestic leagues.

Dudelange had scored 10 more goals than any other team in the whole of the Luxembourg top flight the last season, and they also had a surplus of 5 points at the top of the table.

As of now they will be at home and will be eager to make the most of this first leg. They expect a rather difficult return fixture next week, and for the reasons they will try just about anything to wrap up the tie in this first leg itself.

Meanwhile, Tirana are the reigning Albanian champions and they had a lead of 10 points at the top of the table. Do also note that they were the only squad in the whole competition to have scored more than 70 goals. Moreover, they also had let in the least number of goals in the tournament too.

By the looks of things expect a high-scoring thriller between the 2 squads.

Dudelange had won 5 of their past 6 overall games and in the process, they had scored a total of 18 goals. Do also note that they had found the back of the net 9 times from their past 2 appearances at home.

Moreover, 5 of the past 7 overall fixtures of Tirana had 3 or more goals and so did 3 of their last 4 road trips as well. It goes without saying as these 2 offensively in-form squads take on each other this Wednesday, goals are expected in plenty.

Tips for Dudelange vs KF Tirana