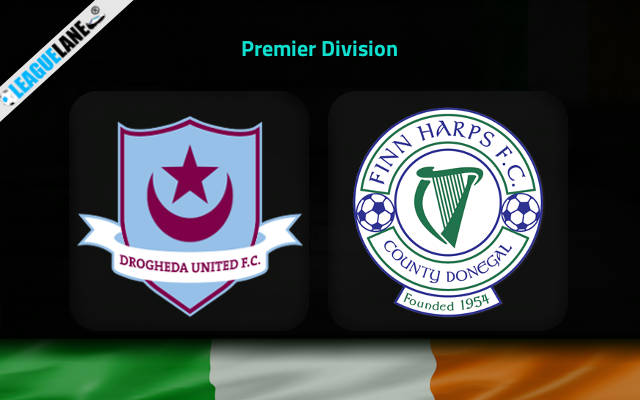 Drogheda United’s recent matches have seen the team having a bit of difficulty with earning wins in the recent matches. The team has failed to secure a win in the last five matches and has lost consecutively in the last four matches. With the gradual decrease in the form, the team has moved further down the table and currently stands eighth on the league table with 13 points from the matches so far.

Drogheda United played their last match against Shelbourne. Shelbourne scored their goal in the 51’ minute and remained in the lead for the rest of the evening, ending the match with 1-0 FT score.

Finn Harps played their last match against UC Dublin. Dublin scored their goal in the 83’ minute, putting them in the lead and making it difficult for a comeback from Finn harps. The match ended in a loss for Finn harps with 0-1 FT score.

Drogheda United’s home matches have seen the team securing wins once in a while. At the moment, the team is winless in the last three matches. The team has scored under 1.5 goals in the matches as well. Finn Harp’s away matches have not achieved the results the team had hoped for. They have won only once in their away matches this season and are winless in the last three matches as well.

Drogheda is the better team of the two and has the advantage of playing in their home ground. With both teams scoring under 1.5 goals in their matches, we can expect the match to end with under 2.5 goals as well.