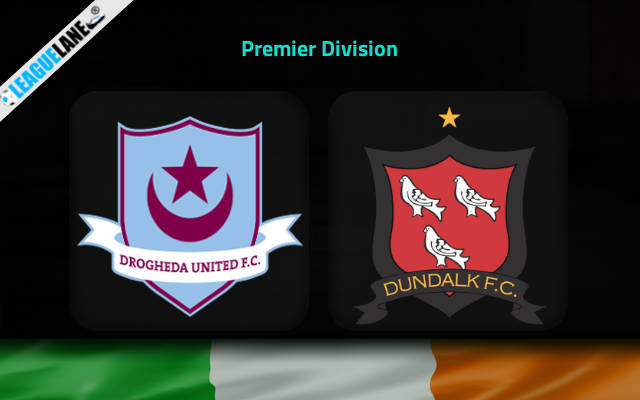 Dundalk are one of the best teams in the Irish top flight this time around and they are deservingly placed second in the table. They have lost just twice all through the campaign and they have conceded the least number of goals in the competition as well.

Going on, it also needs to be mentioned that they are one of the only 2 teams in the whole league to have remained unbeaten in the past 5 fixtures.

Meanwhile, Drogheda are barely hanging above the relegation cut-off, and only 2 other teams have let in more goals than them in the entire tournament.

They have also won just once in the past 5 game-weeks and since the start of the season, they have been letting in goals in huge numbers as well.

Finally, they also have a poor head-to-head record against this opponent over the past several seasons. And for all these reasons expect a victory for Dundalk this Friday.

Drogheda are on a 4-game winless run and they had also remained so in 12 of their past 15 fixtures. In the process they had also gone on a 4-match losing streak.

Do also take into account the fact that they have won just 4 times at this venue in the past 8 months.

On the other hand, Dundalk are on an 11-match unbeaten run and impressively 9 of these were wins. Do also note that they were unbeaten in 20 of their past 22 overall games.

Taking into account these observations, expect a victory for Dundalk this weekend.

Tips for Drogheda United vs Dundalk