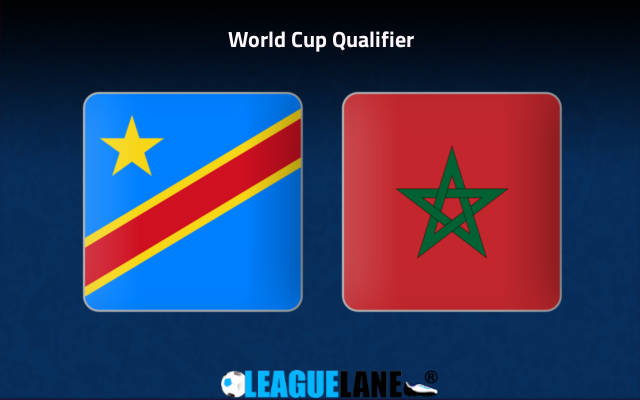 The teams need to go through just a two-legged tie, before they are able to secure a ticket to Qatar. Both these squads were group winners in the Second Round, and in this Third Round, they are pitted against each other.

The team with the lower seed hosts the first leg. Congo DR are ranked 66th in the world, and they had narrowly taken the top-most spot in Group J. Note that the remaining three squads in the group were minnows, and still it was hard for them to take the first spot.

Meanwhile, Morocco are ranked 24th in the world, and had absolutely dominated Group I in the Second Round. They are on a long streak of impressive performances, and they have also been scoring goals in huge numbers in the process.

Moreover, they also had an impressive campaign in the recently-concluded African Cup of Nations, and this momentum will surely come to their aid in this Third Round. Count on the Moroccans to have the upper hand this weekend.

Congo had lost two of their past four overall fixtures, and they had remained winless in eight of their past twelve overall games.

Do also note that they have won just twice at home in the past twelve-month period.

On the other hand, the Moroccans have remained unbeaten in 42 of their past 43 games, and in the process, they had even gone on a 12-match winning streak, as well as two different four-game winning stretches.

Moreover, they had also delivered a far better campaign in the Second Round of the CAF World Cup Qualifiers.

By the looks of things, expect a win for Morocco this Friday on the road.

Tips for DR Congo vs Morocco