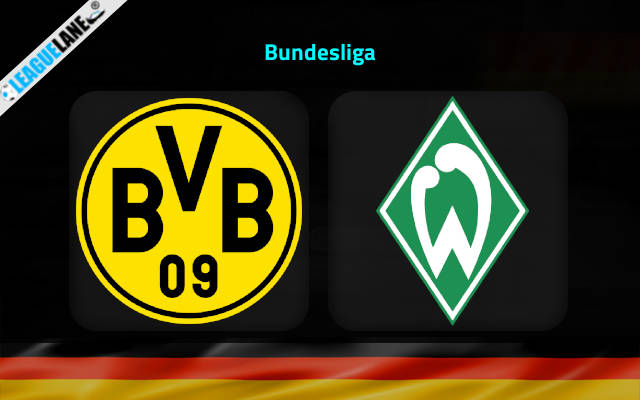 Borussia Dortmund survived a very tough away clash against Freiburg last weekend thanks to phenomenal substitutes by Edin Terzic.

Terzic introduced the likes of Marius Wolf, Youssoufa Moukoko, and Jamie Bynoe-Gittens in the second half.

All three of them scored goals within the final 13 minutes of the game to complete a fantastic second-half comeback for Borussia Dortmund.

The team led by Edin Terzic thus have a maximum of six points from the opening two rounds of the season despite a tricky early schedule that included the clashes against Bayer Leverkusen and Freiburg.

Der BVB will have a great chance to maintain this perfect record on Saturday afternoon when they play host to newly-promoted Werder Bremen in game week No 3 of Bundesliga at Signal-Iduna-Park.

Interestingly, Werder Bremen are undefeated after two rounds of intense clashes and back-to-back 2-2 stalemates against Wolfsburg and Stuttgart.

Werder did not look good at all last weekend when a late equalizer from substitute Oliver Burke prevented a home defeat to the likes of Stuttgart.

The Bremen side had just five attempts in total throughout the 90 minutes of play seven days ago. Head coach Ole Werner does not have too many reasons for optimism ahead of a very tough away clash with Dortmund.

The gulf in quality between these two outfits is enormous at the moment and we can hardly see Werder Bremen preventing a tough defeat here based on everything we’ve seen form the two teams in the earliest stages of the season.

You can hardly make a mistake backing Borussia Dortmund to win by two or more goals difference at the odds of 2.00, while you can get the same odds for the hosts to have the lead at the half time and win the match at the end.