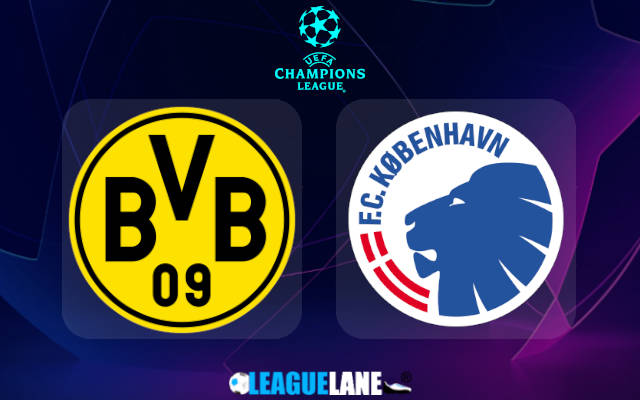 Borussia Dortmund have been one of the top performing teams in the German top flight for the past several years and especially so during the previous year.

They had registered a second place finish the last season in Bundesliga and as a result they had qualified for the Champions League clash this season.

The Black and Yellows have been delivering impressive performances lately. They won four and lost one of their five completed Budnseliga fixtures this season.

Meanwhile, FC Copenhagen had lifted the Danish Superleague title the last season and that too in a dominant fashion. They had scored the most number of goals of all the teams in the competition and had conceded the least as well.

In addition, they had a lead of three points at the top of the table and were defeated just four times through this entire run. These impressive recordings helped them to collect their 14th Danish title the past season and have qualified for the Champions League battle.

Going on, the team had an inconsistent start to this Superleague season. They are at the brisk of the promotion zone in the league standings and will enter this clash following it.

By the looks of things, Terzic’s men will be targeting this upcoming encounter to deliver a confidence-boosting win. The reason being they have a 100% winning rate against this rival.

This match is a great chance for the hosts to start off their Champions League fixtures smoothly. Their exposure to this competitive games and a better league stage will stand tall of Copenhagen surely.

We can see the value of backing Dortmund to lead on both the halves at 1.90. While you can also go with -1.5 AH considering the competitive potential of Dortmund.