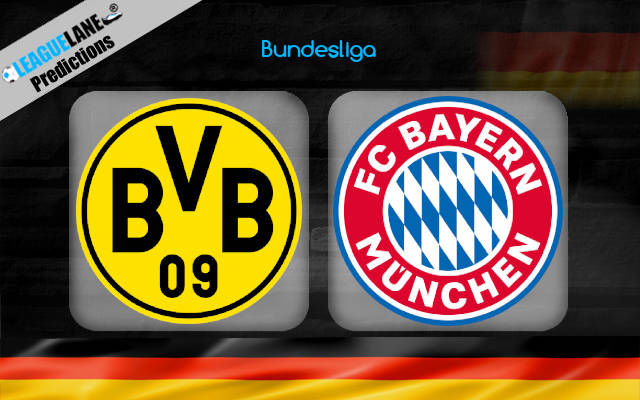 These two teams have been the absolute best in Germany for the past several years, and the situation seems to have no potential to change anytime soon. As of now, either has posted 15 points on the board from six games, and are placed first and second in the table.

Likely, the victor of this upcoming encounter will retain the top-most spot, while the loser of the game will be downgraded to the third or fourth position – considering the kind of chase the likes of Leipzig and Leverkusen are giving the two titans.

Suffice it to say that the fixture at Signal Iduna Park has the chance to decide the winner of the league title, or at least set the pace for the title-race.

Considering the sheer offensive form of both teams, coupled with the intense rivalry, and the respective title ambitions of either squad, expect a barrage of goals this weekend.

Lucien Favre’s men recorded a 0-2 win on the road the last match-day, against Bielefeld. In the meantime, the Bavarians registered a 1-2 win away from home against Koln.

As things stand, both teams are firing goals at will, and are absolutely determined to secure the Bundesliga crown.

On the other hand, Flick’s men are on a nine-game winning run, and are the reigning continental treble winners. They had also won 29 of their former 30 overall matches, and had scored an impressive 97 goals in the process.

Suffice it to say scoring goals is not a problem for either of these squads, and particularly for Flick’s men. Likely, expect a high-scoring thriller at the Signal Iduna Park, with the defending champions scoring at least twice in the ninety minutes.