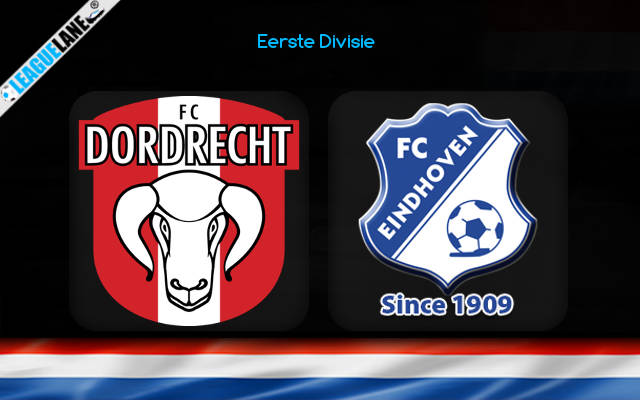 In game week 33 of Eerste Divisie, Dordrecht faces Eindhoven for their next match on Friday at Dordrecht.

Dordrecht’s recent matches have ended with mixed results for the team. From the last ten matches, the team has won in four, drawn in three and lost in three. Their inconsistent results have placed the team 16th on the league table with 32 points.

Dordrecht played their last match against ADO Den Haag. Dordrecht scored three goals in the match while Den Haag could score only one, ending the match with 3-1 FT score.

Eindhoven has lost in the last match against De Graafschap. Eindhoven scored two goals in the first half of the match and maintained the lead until the end of the 90 minutes, while De Graafschap could score only one, ending the match with 1-2 FT score.

Eindhoven’s loss in the last match ended the team’s 13-game unbeaten score. From the last ten matches, Eindhoven has seven wins, two draws and one loss. Their strong performance has put the team in the fourth position with 58 points to their name.

Dordrecht has not been on their best performance this season. They have shown inconsistency with their form, ending the match with mixed results in their recent matches. Eindhoven, on the other hand, has played well in their matches this season. They had an unbeaten streak, which had lasted for over ten matches. However, the streak ended with their loss in the last match.

Looking at the records, Eindhoven has more chance in sealing the win than Dordrecht because they are the better team of the two. Both teams have scored in their recent matches and have scored over 1.5 goals in most of their matches. So, we can expect the match to end with over 2.5 goals.