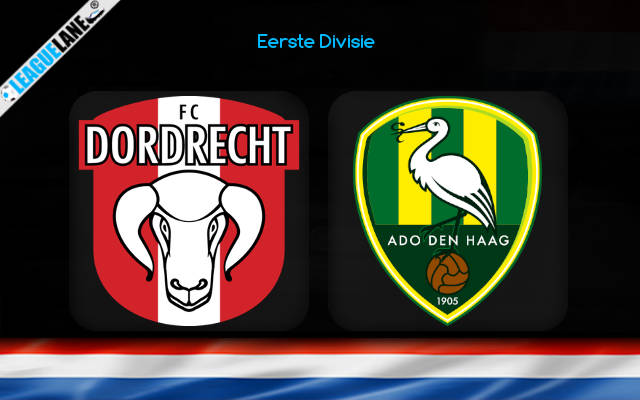 Game week 32 of Eerste Divisie brings us the match between Dordrecht and Den Haag on Friday at Dordrecht.

After a rough start to the season, the team is slowly making their way up the table. However, their current pace is not enough to even land them in the upper half of the table. Since the start of January, the team has shown improvement. Anyhow, the results are mixed, showing the team’s inconsistency.

Dordrecht played their last match against Telstar. Telstar scored their goal in the match at the 75’minute and kept the lead until the end. Dordrecht failed to score an equalizer, ending the match in a loss for Dordrecht.

Den Haag has played well in their matches this season and has secured more wins than both their draws and losses combined. Their last match against Jong PSV was cancelled. So, they are still unbeaten in their last matches. Their good performance has put the team in the 6th position on the league table with 53 points. Keeping up with their current performance, the team will have the opportunity to play in the playoffs for Eredivisie promotion.

Both teams have scored in their recent matches. Most of their matches have ended with over 2.5 goals as well. Looking at the records, the match will most likely end in a win for Den Haag.