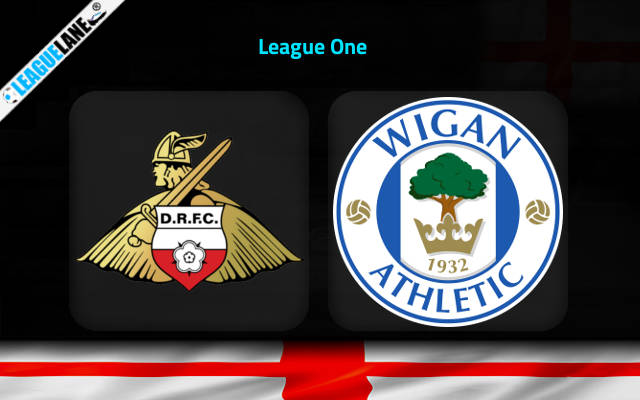 Undefeated in the league since October, Wigan with their impressive run of games are making steady progress into the automatic promotion spots.

Doncaster with a flurry of losses in the past few months are looking certain to go down to League Two after a six year long stint in the English third division.

Donny were last seen in a loss against Fleetwood at home, a club not very far from the drop zone. Ellis Harrison scored the only goal of the fixture.

With three points from their last nine league fixtures the club sits bottom of the league, nine points away from safety.

The Tics in their most recent fixture managed a 2-3 win away from home against Oxford United in December. This was the club’s 3rd win in five league fixtures.

Having dropped points twice in those fixtures through draws the club sits 4th in League One, five points behind the top two teams in the league table.

Rovers have lost all but one of their previous nine fixtures across all competitions. In such shambolic form do not expect them to challenge for points this Saturday.

Furthermore, they are set to go up against a club that is undefeated in their last nine league fixtures away from home having gained twenty five points from a possible twenty seven.

With the visitors alone averaging more than 2.5 goals on average in their last nine away fixtures expect at least three goals in the fixture.

Will Keane is the league’s 6th highest goal scorer. The Englishman who has made fifteen goals contributions in twenty one appearances this season in the league is my pick to find the back of the net at least once this weekend.