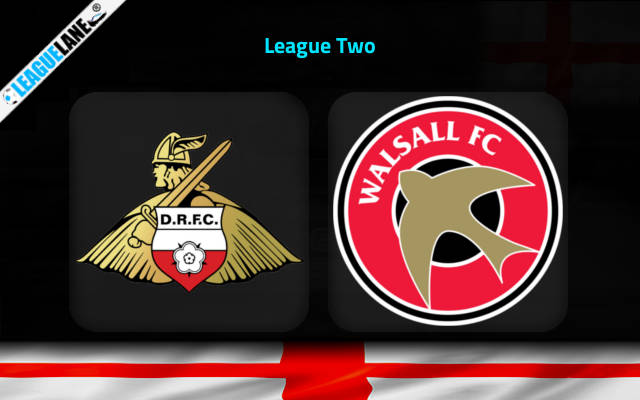 Walsall will be the visitors at Eco-Power Stadium on Friday for the League Two game with hosts Doncaster .

Doncaster and Walsall are currently in 10th and 11th positions in the table respectively. Looking at the performances so far in the season, there is no significant difference between these two teams in terms of their recordings.

Doncaster currently has 28 points after losing 7 of their 19 games. They are just one point ahead of their Friday’s counterparts. But Walsall have a better unbeaten rate over them.

Going on, both teams have an equal goal number when looking at their attacking stats. Both the teams have scored a total of 23 goals.

But when it comes to the defensive side, it has to be said that Doncaster have a poor preventing line. They currently have a negative goal difference , with more goals conceded than goals scored.

However, Walsall currently have a poor away form so it’s safe to say that these stats won’t count much and might not affect the spirits of the hosts.

But the question of whether they can achieve a victory is still doubtful. A highly competitive League Two match can be expected on Friday as two equally strong teams clash.

Looking at these two, we feel that Doncaster and Walsall could both find themselves scoring one at least in a highly competitive fixture between the two teams.

We are therefore expecting an interesting affair, backing Both Teams to Score as the main bet while expecting a scoreline of 1-1 ft.