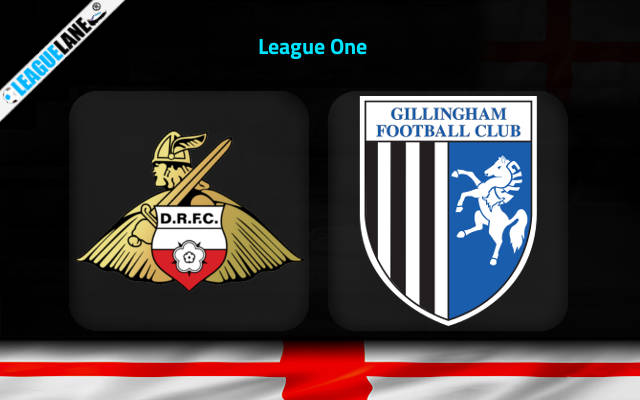 Doncaster won their last league game at the Eco Power Stadium for the first time since December, keeping a clean sheet in the process and last time they won consecutive at home without conceding was on last January.

Gillingham lost twice of their last five fixtures and has been highly inconsistent in the league.

Since both teams are battling relegation, this upcoming fixture will help one from the red zone. The two go h2h this Saturday at Eco-Power Stadium in Doncaster.

The Rovers are at the 23rd spot on the standing with 29 points from 37 games. They won 8 times in the league while drawing on 5 and losing on 24 other occasions. They scored 28 in total while conceding a sum of 72 which is the worst in the League One.

Doncaster Rovers got thrashed by Cheltenham leaving a 0-4 League One loss in their previous game. Gary McSheffrey’s men have hit the back of the net 6 times over their past 6 outings. The comparative tally of goals that have been scored against them from those games is 13.

On the other side, The Gills reside just above them at the 22nd position on the table with 30 points. Of the 36 matches played, they won on 6 games while drawing on 12 and losing on 18 other occasions.

Gillingham suffered a 0-3 beatdown by Bolton in their previous fixture. In 5 of the prior 6 games featuring them, a notably low volume of goals have gone in between them and opposing teams. The overall average goals scored per game in that spell is a meagre 1.67.

We feel an away win as the Gills are unbeaten since the last 2 h2h games and are unbeaten in their previous 2 away league matches. Meanwhile, Doncaster lost 7 out of the past 8 games played at home.