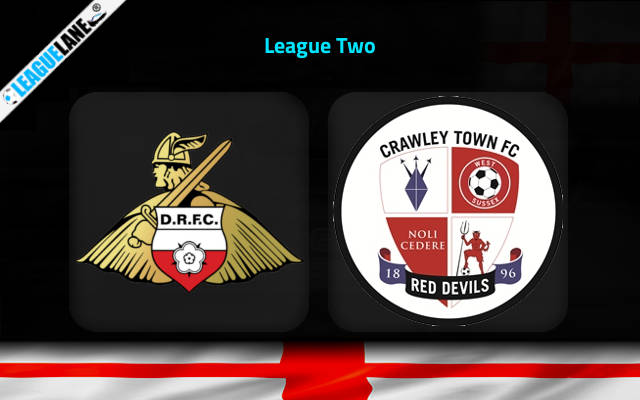 Doncaster will be taking on visiting side Crawley at Eco-Power Stadium in the League Two game on Saturday.

The recent performance shows that Doncaster season form is going downhill. They are on a 3-game losing streak and have conceded a total of 6 goals in the process.

In the most recent league outing, Doncaster lost to Swindon by 0-1 at home. It was the 3rd fixture in which the team failed to find the back of the net in this season.

It deserves to be mentioned that they were having a 6-fixture unbeaten streak before falling through the ranks in the league lately. These recordings have helped them to sustain their position in the top half despite of having a slump.

Following the result, the team is currently in the 20th spot on the table. Looking at the season, the visitors have not managed to impress the club supporters so far.

Do also note that the team’s defence have been breached 10 times in the last 5 games.

The Reds were unbeaten in 3 of the previous 5 appearances in front of the home crowd and had gone on a separate 3-fixture winning streak in the process.

On the other hand, Crawley were winless in their previous 8 road trips and had gone on a 3-fixture losing streak in the process. On top of that they have not emerged victorious against Doncaster in the previous 5 encounters.

Considering all these observations, we are of the view that Doncaster is capable enough to put at least a goal past this Crawley side on Saturday.