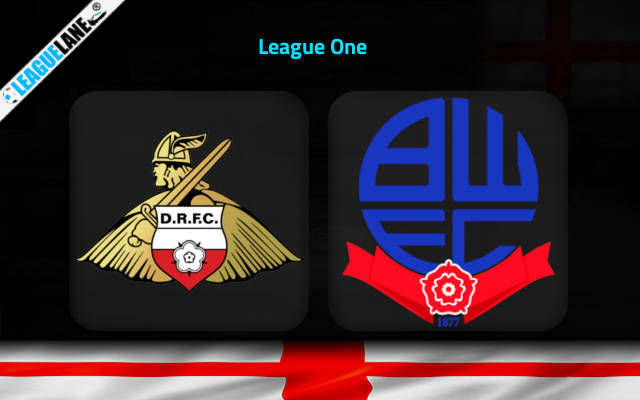 Doncaster Rovers have ended their win drought with their win in the last match. The team has played poorly in their matches throughout the season, resulting with the team staying at the bottom half of the league table. Currently, the team sits in the relegation zone of the table with only 33 points to their name.

Doncaster Rovers played their last match against Crewe Alexandra. In the match, Rovers scored two goals and defended their post well, leading to a goalless match for Crewe. The match recorded a 2-0 win for Doncaster Rovers.

Bolton Wanderers have played moderately well in their recent matches. From the last ten matches, Bolton has got four wins, four draws and two losses. From their matches this season, the team has got almost the same number of losses as they have got wins. However, the team stands tenth on the league table with 61 points from their matches.

The last match of Wanderers recorded a 1-1 draw. Bolton Wanderers had a narrow save in their last match against Sheffield Wednesday. If not for the last-minute goal, the match would have ended at a loss for the team.

Doncaster Rovers will have a tough time when they face Bolton in the next match. Doncaster’s poor performance puts them in a vulnerable position in their matches. Bolton has scored in the last four matches without fail.

Even Rovers’ home matches have not achieved the results the team had hoped for. They have only two wins to show in the last ten matches and the rest have ended in losses. Bolton’s away matches have achieved mixed results for the team. However, at the moment, Wanderers have not lost in the last three road trips.

Looking at the records, Bolton is the better team of the two and has more chance in gaining the win. Bolton has scored in the second half of the match in most of their recent matches and can be expected to score so in this match as well.