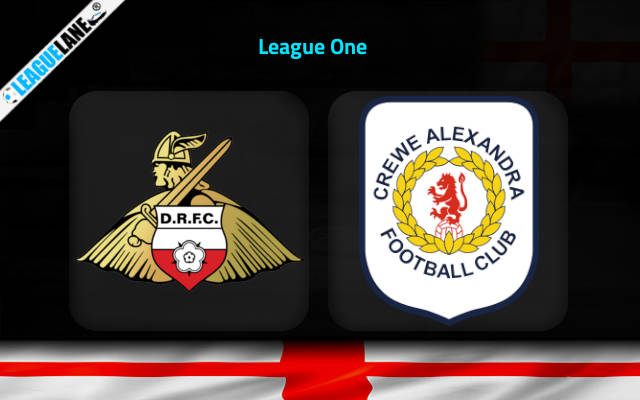 Doncaster Rovers and Crewe Alexandra, who are in the relegation zone of League One will play against each other on Saturday.

Doncaster Rovers have not had a win in their last six matches. They have got one draw and four losses to show from the last five matches. Their poor performance has placed the team as the second team from the bottom of the league table, with only 30 points to their name.

Rovers played their last match against Wycombe Wanderers, in which Wycombe scored two goals while Doncaster Rovers could score none. The match ended with 2-0 FT score.

Crewe Alexandra has lost consecutively in the last seven matches. From the last ten matches, the team has only got one win. The remaining matches have ended in loss for the team. They sit dead last on the league table because of their extremely poor performances and have got only 25 points from the 40 matches.

Crewe played their last match against MK Dons, in which MK Dons took the lead in the first half itself and maintained the lead for the rest of the match. The match ended with 2-1 FT score.

Rovers have lost consecutively in the last two matches and have got only one win to show from their last ten home matches. From the last ten away matches, Crewe has got two wins, but the remaining matches have ended in loss.