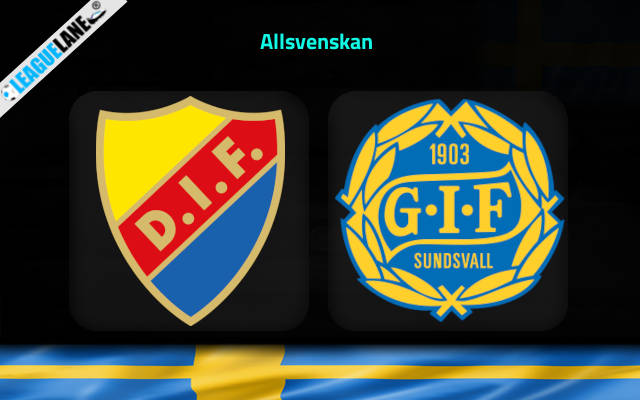 Three back-to-back defeats have dented Djurgarden’s chance to secure a European birth. With just four matches remaining for the season to finish up Kim Bergstrand’s side will have to be very cautious. They will now face relegation side Sundsvall.

It seems that manager Kim Bergstrand has shifted his teams’ priority towards the Conference League. This is why they are on a three-game losing streak in Allsvenskan starting in October.

In their last league outing, they lost to AIK by 2-1. Karl Holmberg could only manage to score a consolation goal in that game. An impressive six shots were on target however, the team could only score once.

The situation is now looking tense for the host. They will now completely focus on the remaining four matches to save their Conference League spot for the next season.

It is evident that the visitors will most likely be relegated from the Swedish top flight. The team lacked fighting spirit since the beginning of this campaign. This is the reason behind why they lost over 70% of their matches.

Most recently, they fell to Varnamo by 2-1. The winning goal was scored by Marcus Antonsson in the 92nd minute of the game. Now their losing streak have extended to two games.

Defender Alexander Blomqvist will be available for selection for this upcoming fixture as he received a red card against Hacken.

Despite being in a terrible form lately, we are backing for the host to get the three points in this upcoming fixture – Djurgarden will score Over 3.5 goals – the odd for this tip will be at 2.50. In the last two recent meetings, the host have scored a minimum of four goals.

Moving on, our next tip for this game is that Both Teams to Score – the odd for this tip will be at 2.25. It is rare for a goalless match whenever these two sides have clashed. Since 2018 both teams have played five times, and a combined total of twenty goals have been scored.