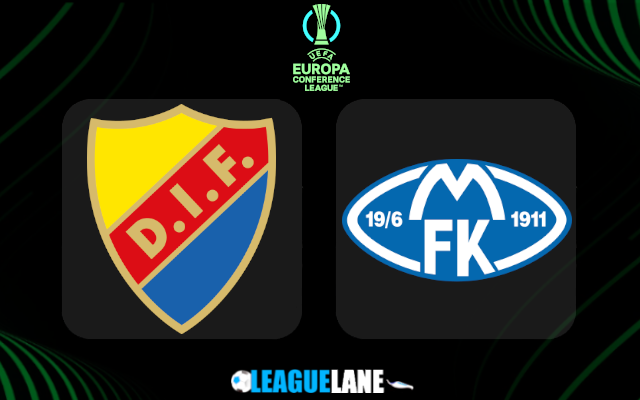 One of the exciting clashes in the Europa Conference League will commence at Tele2 Arena on the coming Thursday when the hosts Djurgarden faces Molde.

The Iron Stoves have simply been on fire. They are on a consistent unbeaten run and their offense has been in phenomenal form. And it also holds the same in their home fixtures.

Going on, Djurgarden recorded a goalless draw against Shamrock Rovers in the opening fixture on the road. They will be hoping to add a positive outcome from their next fixture to weave a thread of 2 unbeaten games in the competitions.

Meanwhile, Molde seems to have picked up things positively this season. Their consistency in sealing points has allowed them to climb to the sky-high top position of the Eliteserien table.

Speaking of European tickets, it is worth mentioning that Molde managed to shake Wolfsberger in the final round of Europa Conference League fixtures and have claimed a spot in the coming season.

Going on, Molde also recorded a goalless draw against Gent in their opening fixture.

By the looks of things, we expect a highly competitive affair at Tele2 arena between these two in-form outfits.

Molde were unbeaten in 8 of their previous 10 overall fixtures and in the process they had gone on a separate 4-fixture and 2-fixture winning streak.

They are also on a 4-match winning streak on the road and had scored a total of 13 goals in the process.

On the other side, Djurgarden were unbeaten in 9 of their previous 10 overall fixtures and in the process they had gone on a 2 separate 3-game winning streak.

Going on, they are on a long unbeaten streak in front of the home crowd. It’s been some months since they conceded their last defeat.

Djurgarden and Molde could both end up scoring in what happens to be a competitive match-up, with little separating these two teams.