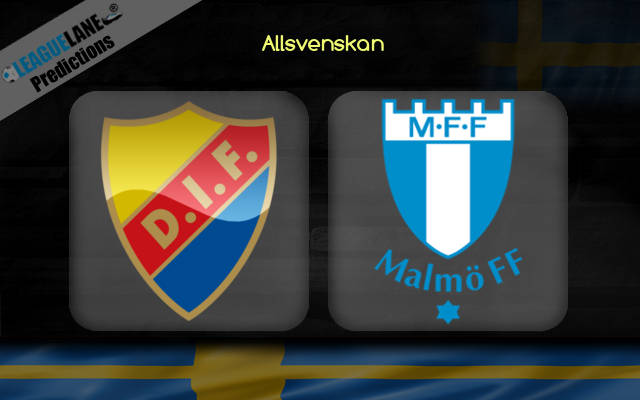 When the top two teams from the last season Allsvenskan lock horns, expect nothing less of an action-packed entertainer with probably both teams hardly giving up their defense in ninety minutes.

Djurgaardens’ winless streak in the overall schedule has been extended to the fourth game, with the 1-1 draw on the road against Hammarby last time out in the league. Besides, the host has been winless for the past five clashes in the campaign, including two losses in it.

The reigning champions have taken a hit this season and their dip in form will probably reflect in their clash with the last season runners-up in the league. However, they are still contained with scoring 32 goals and conceding 25 in return from their 22 appearances.

On the contrary, Malmoe has a four-game unbeaten run in the league schedule. They will visit on the back of a 0-4 win on the road against Kalmar in the previous encounter. Besides, consecutive two wins as of late in the campaign will also improve the morale of the players in the visit.

Even when the two sides are big names, we cannot expect a high-scoring affair at Stockholm. There will probably be under 3 goals in the clash regarding the form of both teams so far this term. The tip for under 3.5 goals will probably be the best bet for the punters in the encounter.