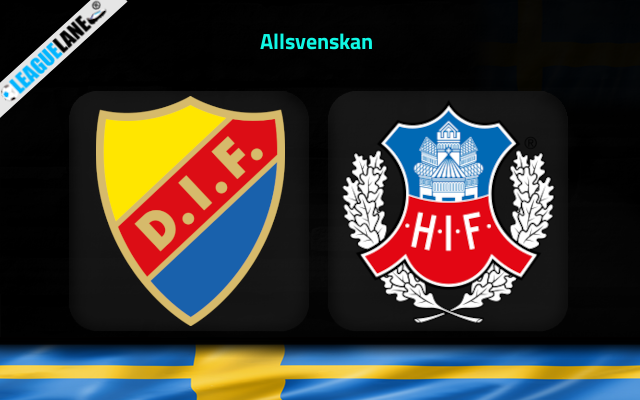 Djurgarden had a decent start to this Allsvenskan season. They won three, drew one and lost two of their total 6 league fixtures this season. With a total of 10 points, they are currently at the 7th spot of the table. They will be hoping for a better position.

Djurgarden recorded a highly motivating 4-0 win at home against Sirius in their most recent league fixture. They were on the back of two winless games in the league before recording the above win. Therefore, they will be hoping to make that win count with the aid of home advantage.

Meanwhile, Helsingborg had a disappointing start to this campaign recording winless displays mainly. They won one, drew one and lost four of their total 6 fixtures this season. Their poor start pushed them down to occupy the 14th spot of the table which is inside the danger zone.

Helsingborg recorded a 2-1 defeat on road against Mjallby in their most recent league fixture. It was their fourth defeat this season. Recording such negative displays in constant is never good.

Helsingborg lost each of their three on road affairs this season. Following a hat-trick of losing games, we expect them to have lowest of spirits.

On the other side, Djurgarden won each of their total three home league fixtures this season. They scored two or more goals in each of those. Following such a set of highly positive displays, they might be having highest of spirits.