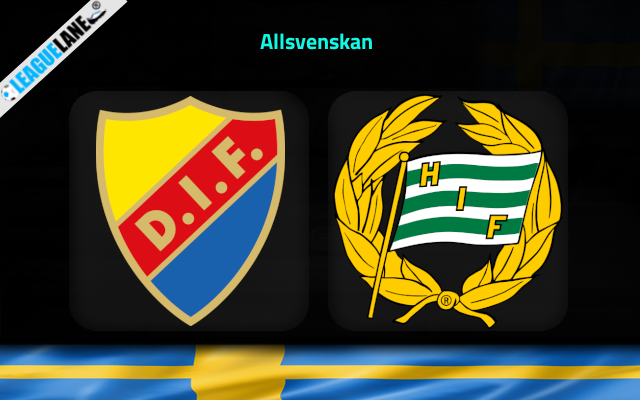 Djurgarden had a decent start to this Allsvenskan season. They won six, drew three and lost three of their total 12 league fixtures this season. With a total of 21 points, they are currently at the 3rd spot of the table. They will be hoping for a securing it and climb up to the top further.

Djurgarden recorded a highly motivating 2-5 win on road against Sundsvall in their most recent league fixture. With that win, they have maintained their winning run to two games. They will be hoping to make that win count with the aid of home advantage.

Meanwhile, Hammarby had an impressive start to this season. They have recorded enough of unbeaten displays to occupy the fourth spot at present. However, their form is a bit worrying of late. Hence, they will be hoping to gain back their winning momentum by sealing positives from the upcoming league outings.

Hammarby have recorded a 1-1 draw at home against Hacken in their most recent league fixture.It was their fourth winless recording in the past five league fixtures. Their recent slump have caused losing of the possession of the top spot. Hence, they will be hoping to claim it back.

Djurgarden have managed to remain unbeaten in each of their six home outings so far this season. Five of them were highly motivating positive outcomes with their offensive side scoring goals at a good rate.

On the other side, Hammarby is currently having a losing streak for two games on road. They were having an impressive form before recording the above defeats.

However, we see Djurgarden as a winner in this match when comparing the current form of both these outfits. We also back the both teams to score option considering their recent head to head trend.