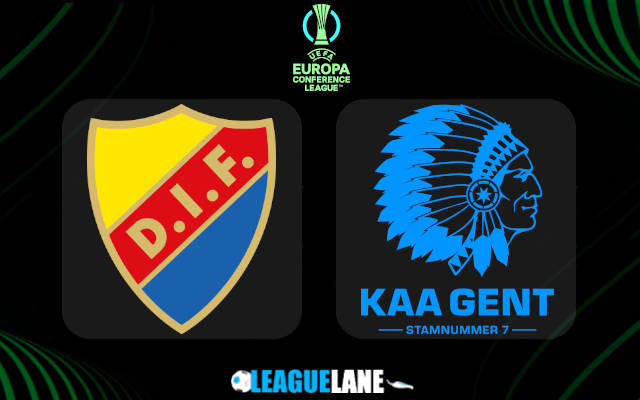 Djurgarden have placed themselves in a position of strength in Group F in the Conference League. They are the only team yet to lose a fixture, and they will go for a win this Thursday at home – trying to put themselves into the next round quite early. The struggling Gent should not provide too much resistance against that.

They have managed a single victory till now in the competition, and this win came against the dead-last placed Shamrock Rovers.

They are also yet to register a win away from home, and importantly they lost the reverse match-up against this same opponent.

In the third match-day in the group stage, Djurgarden delivered a 0-1 win on the road against the Belgians on the road. And this time around, they are at home, and will be even more motivated to go after the three points.

Analysis of recent form of either team, as well as the result of the reverse encounter lead me to the inference that Djurgarden are favorites to secure the win this Thursday.

Djurgarden seldom lost games in the past few months, and none of these few defeats came in their European campaign.

Particularly at home they have been on a great run recently, and found the back of the net in plenty as well.

They are already at the top of the table, and one more win would comfortably take them to next round in the tournament.

Meanwhile, Gent are finding it hard to show consistency – be it at home or on the road. Especially away from home, they have found themselves in a bit of a pickle. Despite the best of their efforts they were able to record just three wins away from home this whole season in all competitions.

In addition, they also fared quite poorly in the reverse match-up.

By the looks of things, I am strongly inclined to pick Djurgarden as the victor for this upcoming game.

Tips for Djurgarden vs Gent