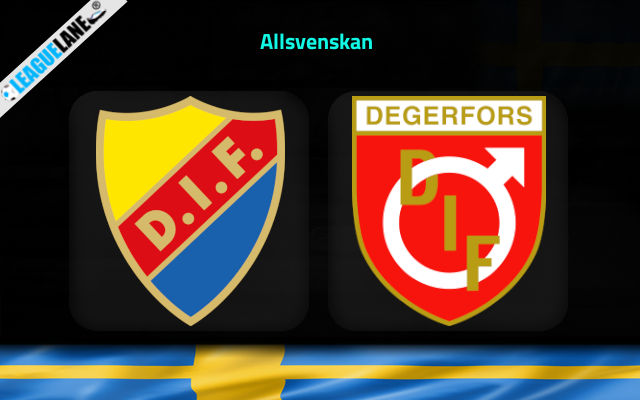 Djurgarden were last seen recording a 0-2 losing effort against Honka in a friendly fixture at home. It got added up with their Svenska Cupen semi final defeat against Malmo to make it two subsequent losing games in a row. They were going strong before conceding the semi defeat.

They had an impressive Allsvenskan season the past year. Even though they finished up the season occupying the third spot, they only had two pints difference with the title holders Malmo. They will be hoping for a top spot finish this season for sure.

Meanwhile, Degerfors were last seen playing a 0-5 winning fixture against Orebro on road. It was a friendly fixture. When looking at the past 10 recordings of Degerfors, we can see them following a decent form with unpredictable results. The form is stated decent because of their often recordings of positive displays.

Degerfors escaped relegation with just two points difference the past season. It was a disappointing season for them. They had a weak offensive and defensive lineup too. Their recent form is much better when compared with their overall form in the last season.

Djurgarden have only lost 6 of the past 20 home affairs across all competitions. Most of those 14 unbeaten fixtures were having positive displays.

Analyzing all the above stats, we expect Djurgarden to open this Allsvenskan season with a positive result. Also we back them to seal a clean sheet against this Degerfors outfits considering their recent h2h recordings at this venue.