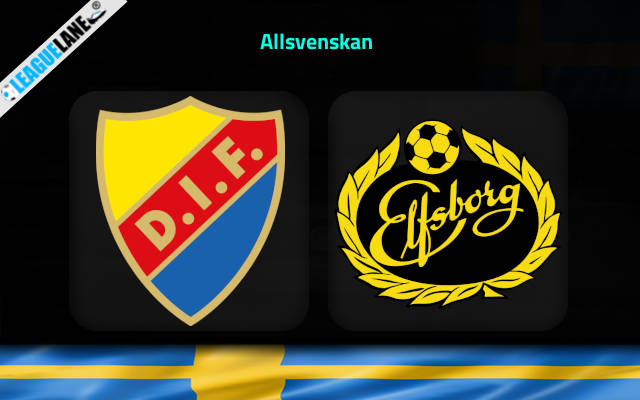 Djurgaarden have been one of the best teams in the Swedish top flight lately and as a result they are in possession of the 3rd spot. Meanwhile Elfsborg are going through a worrying stretch of performances and all along they have been letting in goals in huge numbers as well.

As of now only the toppers have scored more goals than Djurgaarden and they need a surplus of just 3 points to climb level with the firs-placed team.

They are one of the very few teams to have remained unbeaten in the last 5 league fixtures and importantly they have been the absolute best team at home in the whole of the competition.

In fact, they have a 100 percentage winning record at home all through the campaign, disregarding a single draw. They have a combined scorecard of 28- 6 from their 9 home appearances as well.

Meanwhile, Elfsborg are one of the very few teams to have remained winless in the last 5 league fixtures and they also have managed to register a total of just one win away from home in the tournament.

Moreover, they have a rather inferior head-to-head record against this rival over the years.

By the looks of things expect a victory for Djurgaarden this Monday.

Considering these observations, expect a victory for Djurgaarden.

Tips for Djurgaarden vs Elfsborg