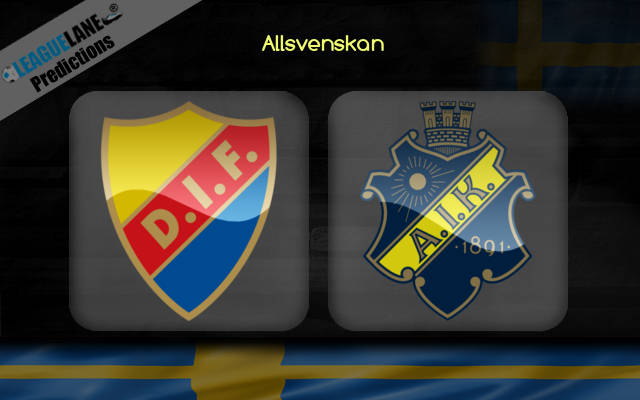 Djurgaarden is off to a great start in the Sweden Allsvenskan this season and is currently at the top of the table as it stands. They will play the host to AIK Stockholm in the upcoming clash on Sunday at Tele2 Arena to keep their position intact in the 2021/22 campaign.

Having lost only one of their 13 clashes so far this season, Djurgaarden will come into the game hot with a three-game winning streak and eight-game unbeaten run. Their previous encounter was at home and they defeated Hacken with a 2-1 scoreline.

In the meantime, AIK is not so far from the host on the table and is just six points behind the latter on the table as it stands this term. The visitor has been unbeaten in their recent four fixtures with a draw in it. They will visit on the back of a 1-0 win at home against the likes of Halmstad in the last league clash.

It hasn’t been a favorable position for Djurgaarden when locking horns with AIK in their recent h2h history even at home. However, things might take a turn on Sunday as the host is at their best form in the campaign this season.

There is no doubt that the match is sizing to be a high-scoring affair in ninety minutes. The host has featured over 2.5 goals in their last three home matches in the campaign. So, the draw no bet over Djurgaarden along with the tip for over 2.5 goals will probably be the best choices in the game.