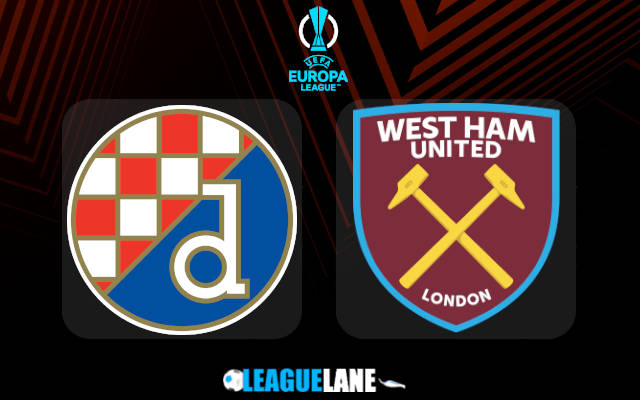 Dinamo Zagreb take on West Ham on the matchday 1 of the Europa League 2021/22, in what happens to be the first ever official meeting between the two clubs.

Getting off to a positive start is key for both teams with Belgian side KRC Genk and Rapid Wien from Austria in the mix.

The team from Zagreb had a strong run in the last edition of the competition when they reached the quarterfinals after eliminating Tottenham Hotspur. They had a solid group stage as well, topped the group with 1 goal conceded. The run came to an end at the hands of Villarreal, the LaLiga side eventually went to lift the trophy defeating Manchester United.

West Ham are Europa League debutantes, they had unsuccessful qualifying campaigns in 2015 and 2016 under Slaven Bilic. The team currently managed by David Moyes finished 6th in the Premier League last season and earned an automatic qualification to the 2021/22 edition.

The Hammers do not have a vast history in Europe, but they were European Cup Winners’ Cup Champions in 1964/65 season defeating 1860 Munich at Wembley.

As mentioned at the start, this is the first ever official meeting between the two clubs.

Zagreb however, have previously met English Premier League clubs on 15 occasions and hold a poor record of 2 wins, 2 draws and 11 losses. At home turf, they lost 4 of the 7 while picking up 2 wins and 1 draw.

West Ham met Croatian sides on two occasions and won both times. The opposition was NK Osijek in 1999.

West Ham picked up from where they left off in the last season and remain unbeaten in the Premier League this season.

The team looked lethal in the attacking front and could prove tricky for Dinamo Zagreb on Wednesday night.

The hosts had a hot and cold campaign so far and we cannot forget how they were humiliated by the minnows Sheriff in the Champions League qualifiers.