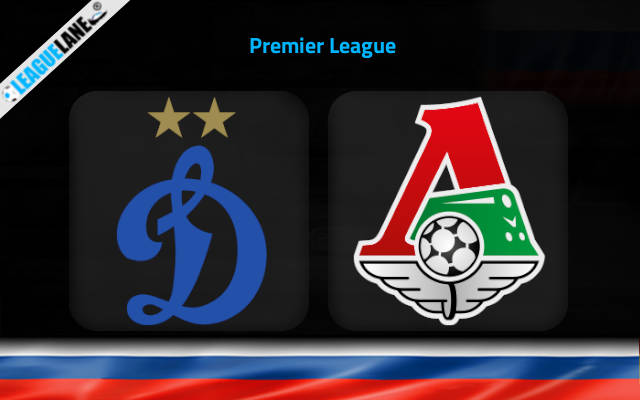 Both Dinamo and Lokomotiv are going through great streaks at the moment, and have placed themselves at the top of the table. The two teams are scoring goals left and right, and have done so in h2h clashes as well. Likely, expect a high-scoring thriller this weekend.

Dinamo are currently in possession of the first position, and they have a 100% winning record, barring a single loss. Note that they had also scored the second-most number of goals in the competition as well.

On the same note, Lokomotiv too had scored the same number of goals, and only Zenit had outscored these two squads. Note that Lokomotiv are also one of the few teams to still maintain an unbeaten record in the Russian top flight.

As such, expect a goal-fest this weekend at the VTB Arena.

Dinamo had won five of their former six overall games, and they had scored two or more goals in four of these matches. They are also on a two-match winning run at home, and had scored a total of five goals.

On the other hand, their counterparts are on a five-match unbeaten streak, and they had scored two or more goals in three of these fixtures. Do also note that they have lost just thrice on the road since December of 2020.

Taking into account these observations, and former h2h stats, expect a high-scoring match-up this weekend.