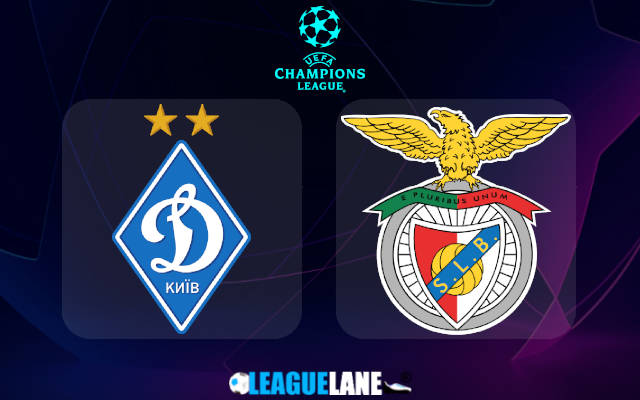 Benfica are from the prestigious Portuguese top flight, and also have a great h2h record against this rival. Meanwhile, Dinamo are from the comparatively weaker Ukrainian Premier League, and are expected to be the underdogs this Tuesday.

Benfica had finished third in the Primeira Liga the last season, below the two titans of the league – Sporting, and Porto. However, the team had scored the second-most number of goals, and had conceded the second-least as well.

And this time around, they have raced to the top of the table with a 100% winning record, and already have a four-point lead.

They also have conceded the least number of goals in the league, and have scored four or more goals than any other team in the competition as well.

In the meantime, Kyiv are from the inferior Ukrainian top flight, and they have struggled in h2h clashes against this foe over the years.

Likely, expect a win for Benfica this Tuesday.

However, do note that Dinamo are at their home, and they have been offensively a major force lately. As such, count on them to find the back of the net at least once at the NSC Olimpiyskiy Stadium.

On top of that, they have a great h2h record against this opponent, and also come from a comparatively far better league than them.

As such, expect a win for Benfica this Tuesday at the NSC Olimpiyskiy Stadium.

However, Kiev are at home, and they have been finding the back of the net at will lately. They also need not worry about conceding away goals, as they are no longer taken into consideration by UEFA.

In fact, they had scored a total of 20 goals from their former five home appearances, and it stands to reason that they would find the back of the net at least once this game week.