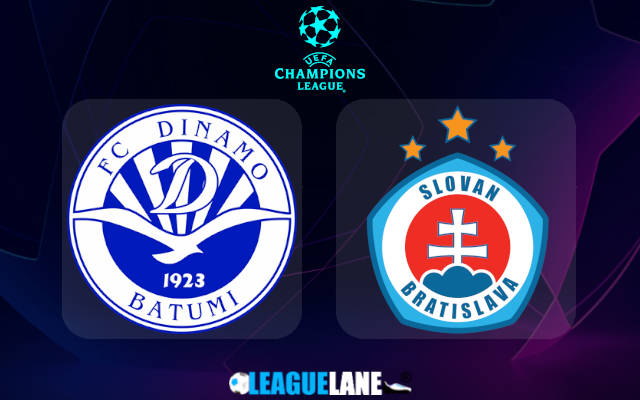 Dinamo Batumi have been enjoying an impressive form of late. They have succeeded in recording motivating displays across different competitions they have played of recent. The current unbeaten run of 18 games in all outings will only boost them to enter the upcoming clashes.

Meanwhile, Slovan Bratislava were having a disappointing slump before entering into the Champions League Qualification fixtures. They were on the back of a set of winless displays recorded from friendly outings against some decent outfits. Anyways, they claimed the Fortuna Liga title the past season.

Slovan Bratislava were having the home advantage in the first leg of this Champions League Qualification clash against Dinamo Batumi. But they have failed to convert the spirits gained from the local supporters into a win. The match ended up in a goalless draw.

The second leg will commence at Adjarabet Arena where Dinamo Batumi is in charge. We can expect them to utilise their chances with the aid of home advantage in this Champions League Qualification outing against Slovan Bratislava scheduled on Wednesday.

The home run of Dinamo Batumi is so impressive since many games. They are yet to record a defeat since their negative display conceded against Sivasspor in the Europa Conference League outing on 2021. The past Erovnuli Liga saw them remaining unbeaten in every home fixtures too.

On the other side, Slovan Bratislava is not having a decent form on road of late. They are winless in six of the past 10 away outings across all competitions.

Analyzing all the above stats, we are left to back Dinamo Batumi to seal a win from the second league clash against Slovan Bratislava in this Champions Legaue Qualification fixture on Wednesday.