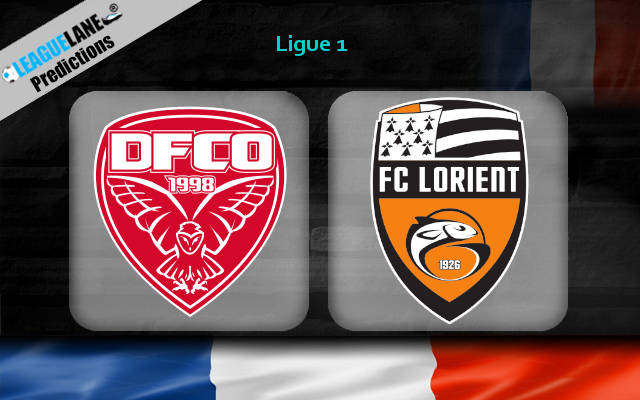 Dijon are still waiting for their first win of the season and are the only team in Ligue 1 without a win now. They have 2 points and are already three points behind 19th placed Reims.

Last weekend it was all too predictable for Dijon who lost 4-0 against PSG in Paris. They have scored just 4 goals so far and have conceded 18 that is just over 2 goals on average per game so far. At home Dijon’s best result has been a 1-1 draw with Rennes.

Lorient are newly promoted and have had some positive games but could well struggle this season. They are in 17th place and have seven points so far. But they have won just once in their last five games and that was against 19th placed Reims. Last weekend Lorient lost their 5th game of the season going down at home to Marseille in a game that finished 1-0. Away from home Lorient have lost 3 from their four games though they did win their last away match against Reims.

Dijon vs Lorient Head to Head

Dijon will be worried because Reims won their last game to put them on 5 points and go three clear. Dijon need to react and playing Lorient who are not the best of teams could be the perfect tonic.

Lorient have a poor record over Dijon, and surely it is only a matter of time before Dijon start winning game, one would suggest that it could start playing at home.

Make it clear there is little between the teams and we do not expect many goals here but we will back the home side and for smaller stakes the correct score.