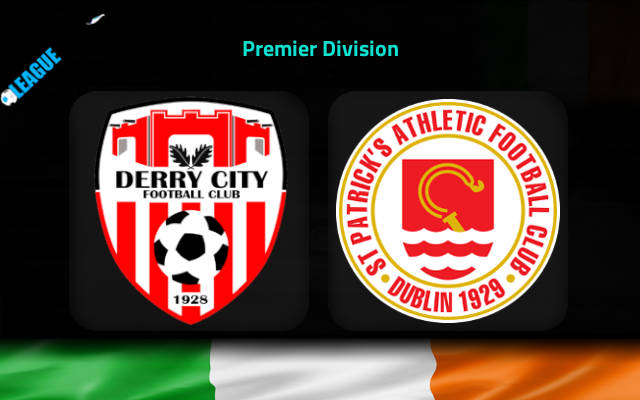 Both these teams could be counted amongst the best in the Irish top flight. St. Patrick’s are on a winning streak, and are at the top of the table. They have displayed great prowess in their offense, and will be eager to keep a hold of this top-tier position.

Meanwhile, Derry have a game in hand, and they need a surplus of just one point to climb level with the first position. They are also unbeaten all through the campaign, and have been finding the back of the net quite in plenty lately.

By the looks of things, anticipate a goal-fest this weekend at the Brandywell Stadium.

Derry had won three of their last four overall fixtures, and they are on an unbeaten run of 13 match-ups. They had also won eight of their past eleven appearances at home, and they had scored two or more goals in four of their past five home fixtures.

On the other hand, St. Patrick’s are the toppers, and are on a three-match winning streak. They had scored a total of five goals in the process, and they have lost just once on the road since October as well.

Considering these observations, expect a goal-fest this weekend between the two.