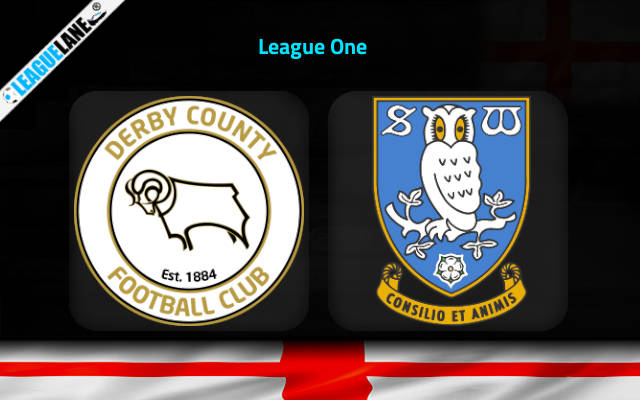 Derby’s five-game unbeaten run will be at risk as they will face Sheffield Wednesday at Pride Park. Both teams are separated by eleven points which is usual at this stage of the season.

The visitors have a good opportunity ahead of them to get all three points from this game. They are one of the best teams in the league this season.

In their most recent outing, they defeated Shrewsbury by 1-0. It was Mark McGuinness who scored the winning goal. This win has extended their winning streak to three consecutive games.

On the other hand, the host are making slow progress this season. Previously, they had to settle for a goalless draw against Portsmouth. It is worth knowing that the last time they lost a league outing was back on the 22nd of October.

Sheffield’s secret to success is that they have a well-organized defence this season. This is why they have conceded just sixteen goals in the league till now. Even leaders Plymouth have conceded more goals.

This race to the top four is increasing very quickly this season. This game will act as a litmus test for the visitors as they are currently amongst the title favourites.

Our prediction is that Over 2.5 goals with Both Teams to score – the odd for this combined tip will be at 2.50. This is after considering that in the head-to-head matches, two of the last three matches have seen at least four goals being scored.

Also a combined total of seventeen goals have been scored by both teams in just five of the last six matches.

Our next tip for this game is that Sheffield Wednesday will win this game- the odd for this tip will be at 2.30. Despite having a good record at Pride Park against Sheffield, the host have struggled this season. Moreover, the visitors are on a three-game winning streak.