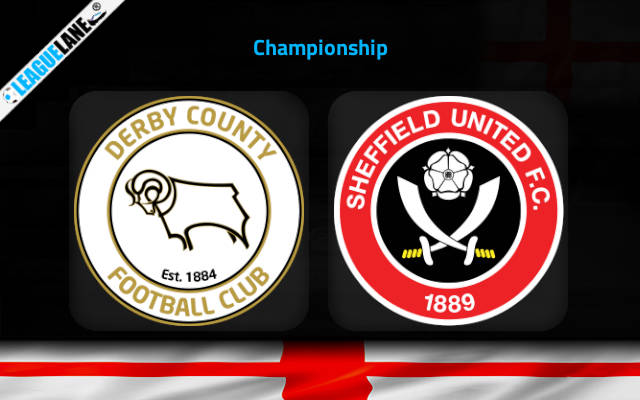 Derby are on course to do the impossible by staying up in the Championship with their incredible form despite a twenty one points detection.

Sheffield United has arguably been the division’s best team over the last few weeks. With such performances, one cannot rule them out of getting straight back up to the Premier League.

The Rams were able to hold Reading to a 2-2 draw away from home by scoring two late goals in their most recent fixture.

This fixture marked the first time the team dropped points in four league fixtures. The club is currently bottom of the second division in English football eleven points away from safety.

Iliman Ndiaye scored the only goal of the Blades’ previous league fixture against 2nd place Fulham away from home.

With the result, the club has taken thirteen points out of their last possible fifteen points. The club currently occupies 13th position in the Championship and are nine points behind the promotion playoffs. However, they have four games in hand over the sixth place team.

Both teams are in fine form leading into the fixture and hence a fiercely contested match is expected.

Furthermore, we have seen Derby lose at home against stronger opponents in the division and with their opponents being easily one of the best teams in the last few weeks, I expect the visitors to bag all three points in the fixture.

The hosts have scored in six consecutive league fixtures at the Pride Park Stadium and with the visitors conceding more often than not in away fixtures, both teams should get on the score sheet this Saturday.